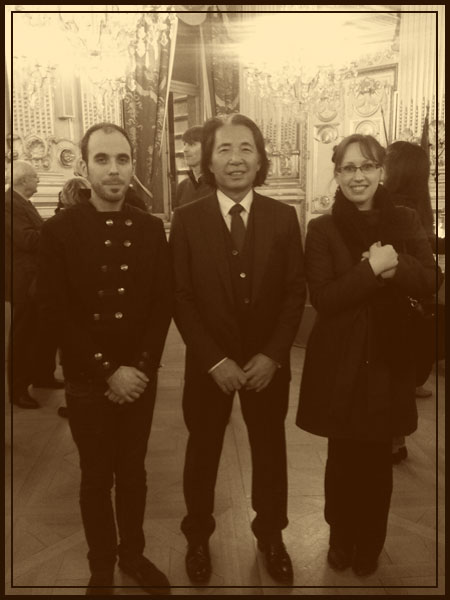 I open a new category in my website today : blabla category. I’ve found on the dictionnary a translation from that french word : clap trap. I’ll just talk about many different and meaningless things that i like, happen in my life, my thoughts and so on ^^ More things maybe to give a link beetween my creations and what i am deep inside.

Two days ago i’ve been to a conference about Fukushima and the Tsunami of march 2011. As some of you may know, i feel deeply linked to this country where i spent a year for my master graduation in japanese language, culture and civilization. We all felt horrified by the tsunami and maybe even more by the nuclear events that follow. What can we do now, two years after the disaster ? That was the main question of the conference, and it has been very interesting. It was organized by the local council of Lyon, with professors, and it was free : i feel so lucky sometimes to have so easily access to culture. Well anyway i went there with two friends, and we have been surprised to learn that we were invited to a little cocktail to celebrate the opening of an exhibition of photography of Fukushima. The exhibition is really nice !

But there were also some little dolls, not only photos. Those dolls are Okiagari Koboshi.

Okiagari-koboshi or Okiagari-kobōshi (起き上がり小法師?, getting-up little priest) is a Japanese traditional doll. The toy is made from papier-mâché and is designed so that its weight causes it toreturn to an upright position if it is knocked over.[1] Okiagari-kobōshi is considered a good-luck charm and a symbol of perseverance and resilience.

Aaaaand i wasn’t expecting at all that Kenzo Takada could be there, in Lyon !! At first i really didn’t believe it, i thought « oh no come on, it’s someone with the same name and that looks like him ». Stupid right lol I finally realized that he was there, in the same room !! The photo is blurry but : I needed two champagne glasses to take my courage in my hands and go to ask for a autograph ! Here it is : And my friends persuade me to ask for a picture. I felt so shy, i wouldn’t embarass him. Kenzo is a such a big symbole for me, he has been the first japanese fashion designer to organize a fashion show in Paris in the 70s !! Pic with him and my friend Elghyn : Aaah it was a super nice event !! Interesting and then exciting !!

i’ll go to the closing concert of this week dedicated to Japan in Lyon on sunday. The conductor of the Lyon’s orchestra is japanese ^^